Historic preservation of America’s most valued artistic, industrial, and political buildings remains crucial to continued landmark tourism and period conservancy. It safeguards these national treasures for generations to come. One example of these landmarks is the Radio City Music Hall.

What is the Radio City Music Hall?

The grand foyer at Radio City Music Hall provides a steadfast symbol of an era of economic prosperity and growth. It is home to the world’s favorite kick line, the Rockettes. Radio City Music Hall opened on Dec 27, 1932, with a fantastic show featuring stars Ray Bolger, Martha Graham, and Doc Rockwell.

The concentric rows of seating and even the “Screaming Ladies” carpet pattern with its blue and gold haired women are easily recognizable as part of Rockefeller’s architecturally harmonious vision. The theater has played host to the annual Radio City Christmas Spectacular every Christmas since 1933. Additionally, it has hosted The Tony Awards, thousands of live concerts, was featured in the motion picture Annie, and was home to episodes of both Wheel of Fortune and the game show Jeopardy!

1939 saw the completion of 80% of the Rockefeller Center Complex. 46 years later, Rockefeller Center became a Historic Landmark. Then, the same family who employed 75,000 Americans during the height of the Great Depression sold it. In 1995, a group of investors that included David Rockefeller reclaimed the property from foreign investors. It is this management team that vigilantly monitors the limestone and glass monument. They ensure that the buildings remain a symbol of our citizens’ ability and financial might.  Their goal is to ensure they stand tall and proud at the center of Manhattan as they have since 1933.

What Does That Have to Do with Carpet?

American carpet manufacturer, Bloomsburg Carpet, understands the importance of the historic preservation of this country’s most recognizable carpets. As a result, we were more than happy to take charge of the duplication of the original carpets in the Grand Foyer as well as the famous Radio City Music Hall.

The grand foyer at Radio City Music Hall is a steadfast symbol of an era of economic prosperity and growth. While its original planned name was “International Music Hall,” the change meant something. The names “Radio City” and “Radio City Music Hall” were in homage to the first tenant of the complex, the Radio Corporation of America (RCA). Additionally, the complex featured a nouveau scheme that replicated exotic animal prints, art, and geometric designs. The earth-toned carpet in the foyer displays deco’s typical geometric splendor with abstract renderings of happy faces, Rockefeller Center’s Skyline, and all types of jazz-age musical instruments. As a result, each depiction features rich hues of rust, tan, gold, coffee, and chocolate browns.

The custom Wilton weave replication was originally duplicated by Bloomsburg Carpet during a massive restoration of the theater in 1999. It was during this period that the “Fountain of Youth” mural in the lobby, painted by Ezra Winter, as well as the accompanying murals were also restored, as was the Wurlitzer 4,410 pipe organ. Since then, millions of patrons have walked through its doors. To this day, Bloomsburg is proud to continue the production of this historic carpet’s replication.

How Can Bloomsburg Help You Today?

As an American carpet manufacturer with a passion for quality, our goal is to provide you with beautiful, durable carpet for your home or business. If you are interested in learning more about our carpet options, do not hesitate to call us today.

Carpets and rugs can come in all shapes and sizes depending on where you’re buying them. Despite the large variety… 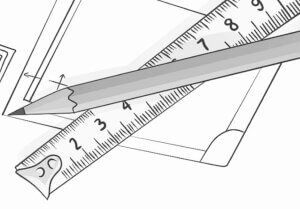 How to Measure Your Rooms for New Carpet

If you are in the market for new carpet, you are probably trying to figure out how much money it’s… 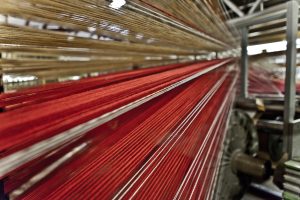 The History of the Carpet Loom

The carpet loom plays a huge role in the history of weaving. Even today, Bloomsburg Carpet relies on its looms…